Is an educational initiative that continues the BodyConstitution programme in the domain of research in practice at the Grotowski Institute. It is aimed at persons who wish to deeply recognise their acting skills in confrontation with pre-expressive techniques, as well as vocal traditions which are still being ignored or simply remain unknown as a source of the actor’s material.

Based on the work of studios and artistic groups that set out to analyse in practice selected cultures and philosophies of body expression (such as martial arts like aikido and capoeira), as well as singing traditions (Georgian and Corsican polyphonies, modal traditions), and by applying their principles in actor or performer training, the Actor’s Atelier opens up the possibility to create one’s own constitution of the body – the BodyConstitution.

The Actor’s Atelier as part of BodyConstitution combines practice and reflection to build a deep body culture of the actor’s and performer’s work. The project centres on complex holistic, physical and vocal training, its problems and self-study; on opening up to new sources of theatre work; and on an innovative methodology of the actor’s work focused on his/her self-development with particular emphasis on self-diagnosis and the ability to communicate the actor’s processes. One of the main premises of the project is a belief that the creative development of artistic work methods is possible mainly through the constant confrontation of learned techniques with the experience, richness and variety of methods developed by teachers and artists from other traditions and cultures. One of the central objectives of BodyConstitution, which forms the base of the Actor’s Atelier, is to show and combine the binarity present in the actor’s practice: from body objectification to body subjectification, from ‘having a body’ to ‘being a body’. We would also like BodyConstitution to become a programme that aims to build a practical heuristics of the body (body as a way) and a practical hermeneutics of the body (body as the gift of tongues).

The Actor’s Atelier starts with the premise that your body is your Constitution. How do we rework the ‘sources’ both in training and in working on the actor’s material that we recast into scene material so that it can later become integrated into performance?

Do we notice the three registers in which the source material is simultaneously transferred to the realm of the actor’s work? The registers are best described by three words: transmission, transition and transgression. In what proportions are these three registers present in the actor’s work? How the material collected during research is ‘translated’ and to what extent its transfer breaks down the boundaries set by tradition and source techniques?

The project will research how a role builds not just a line of recreated behaviour but, first of all, how it builds a line of recreated or recomposed experience. The Actor’s Atelier as part of BodyConstitution is a creative extension of the activities focused around acting techniques that have been happening at the Grotowski Institute since 2004 within a programme line called Source Techniques/Sources of Techniques.

The Actor’s Atelier is a 3-year project of the Grotowski Institute divided into three yearly series of work sessions that will be held simultaneously at different partner venues in 2018–2021. Each year, at each of the venues, a group of 14 participants will take part in a course of 4–5 work sessions. Each session will consist of several-day training in the lines of practice represented by the leaders who hold regular work sessions at the Grotowski Institute in Wrocław.

The lines of practice and their leaders are:

Between 2018 and 2020 the project will be realised in Paris, Rome and Madrid.

Apart from the sessions delivered at these venues, a special concluding session for all three groups will be held at the end of the series, in July 2019, at the venues of the Grotowski Institute in Wrocław and Brzezinka, Poland. Apart from the work with selected groups within each series, open workshops led by the leaders will be held in the same venues. 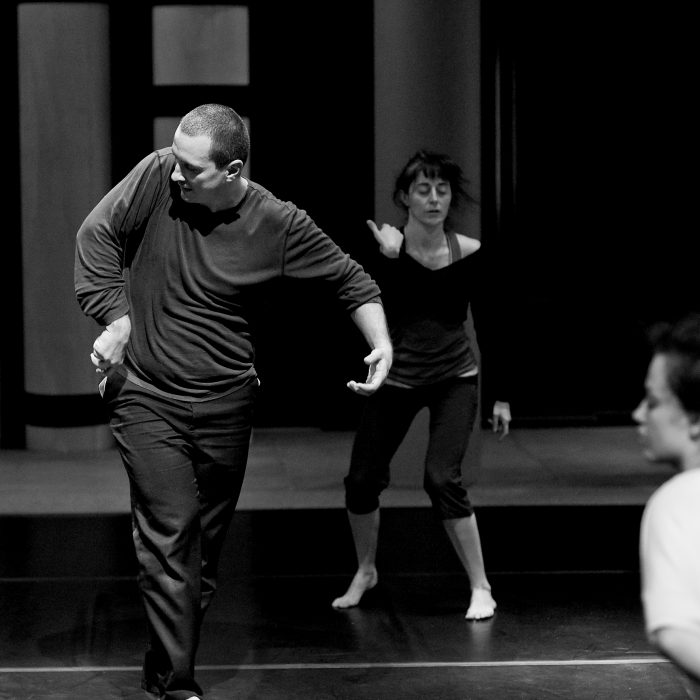